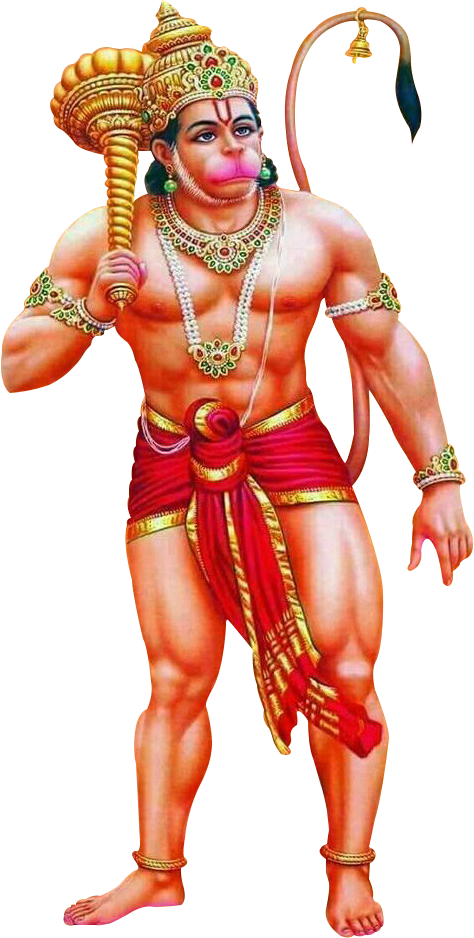 Anjana, a beautiful Nymph in celestial palace court of Lord Brahma was cursed by a sage that, the moment she fell in love her face would change to that of a monkey. Lord Brahma thought of helping her and she took birth on Earth. Later, Anjana fell in love with Kesari, the monkey king and they both married each other. because of ardent devotee of Lord Shiva, she continued with her austerity to please the God. Lord Shiva was impressed and she wished him to be her son so that she would be freed from the curse of the sage.

After Few days King Dasrath was performing a yagna after which the sage gave him kheer to feed all his wives. A portion of Kaushlya, his eldest wife, was snatched by a kite who flew all the way where Anjana was meditating. Lord Vayu on the signal of Lord Shiva kept the kheer in Anjana’s hand. and she ate to it that was why she gave birth to his Pawan Putra Hanuman.

Lord Hanuman is considered an ideal of force, power, energy, wisdom, service and devotion to God. That is why in religious scriptures, he is also called as Sakalgunnidhan. Simply put, Lord Hanuman is immortal.

Ramayana- Hanuman was instrumental in giving Rama key information about Sita. They helped him build a bridge across the seas, and cross over with a monkey army that successfully stormed the demon stronghold and freed Sita. Once upon a time Hanuman narrated the entire Ramayan to his mother, Anjani. After the narration, an impressed Anjani sought a clarification. “You are so strong that with a flick of a tail you could have destroyed the whole of Lanka, killed Ravan and rescued Sita. Why did you not do so? So much effort and time would have been saved – you would not have had to build a bridge to Lanka, you could have avoided the war. Why did you not do that?”

Puranas- As soon as he was born, Hanuman grew up to a considerable size, jumped about like all monkeys do, and asked his mother what he should eat. Anjana pointed to the rising sun, a sphere of red in the golden dawn, and told him that anything that looked like that was his food. Hanuman mistook the sun itself to be a ripe fruit and leapt up in the air to grab it. The king of gods, seeing a dark streak speeding across the sky towards the sun as if to swallow it whole, was alarmed and hurled his thunderbolt at the flying figure.

Why Everybody loves Hanuman?

Hanuman is one of the most popular gods of Hinduism who played an important role in the incarnation of Lord Rama proved himself as his greatest devotee. As a devotee of Lord Rama, he became very popular for his devotion and great qualities. Like Ganesha he commands respect and veneration from children and elders alike.

People pray to him for courage and confidence, freedom from sorrow and for protection against evil spirits and bad luck. Hanuman is a terror to evil forces. Because of his intense purity and devotion they are afraid to appear anywhere near him. 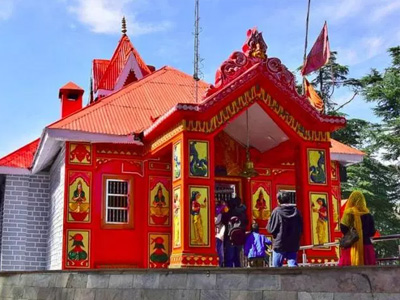